Today I walk through London Fields with Molly. Overcome with the beauty of an avenue I try and draw the plane trees again, as I did this time last year.

To think I could draw them, understand them in a matter of hours when they have been here doing their stuff for three times my lifetime. Their history is rich and deep, they sit together, making patterns on the grass but I feel relaxed because I think I will have time with them.

They think the land we walk through at least twice a day is called London Fields because it was on the main footpath from Essex to the City of London. When you crossed this field you were only 2 miles from the City gate. It was one of the many ‘commonable lands’ of Hackney where the commoners of the parish could graze their livestock on the fields from Lammas Day to Lady Day*. This arrangement was known as Lammas Rights and was protected by law.

Campaigners saved the land from ‘predaceous developers’ who were nibbling at the edges of London Fields claiming the ‘Lammas rights as little used and of no value’. They won, it was made into a park and fresh grass seed was sown and the trees planted.

One hundred and fifty seven years later this same land holds huge trunks that split strong into wide yearning branches ending in twisty reaching twigs whimsically projecting last years seed which hang like tiny babbles silhouetted against a dense blue sky. Parakeets pootel about on their patterned boughs and their calls fill the air and take me to Barcelona, our last adventure.

‘Today is mine. I feel severed. Like most of me has been hacked off and the remainder rises under a canopy like a dandelion seed, I waft about wonderfully with no apparent direction. Yes I am still a couple of stone overweight but I feel light. Not confused, and so free it makes me want to cry.’

But this adventure is different. London’s veins run deep and have echoes from my past. This move is heavier, feels more permanent.

Time has been traveling super fast as I shuffle boxes in-between Bristol, Wales and London. But as the boxes begin to settle it seems London will be my heavy space. My getting stuff done space. The plinths, the shelves, the logistics, the finishing, the shows.

Maybe people’s perception of artists is they are like dandelion seeds but being a sculptor with ambition does not make you free. Excited, exhilarated and sometimes scared, yes, but free, seldom.

It’s been an unsettling and frustrating time of making no sculpture. But today is Sunday, it’s quite and things are becoming clear. I realise how lucky I am. My hypochondria is on high alert only because I am so excited about what is to come. London is my heavy space and also my learning space, my input space. Wales, the chapel with it’s white boards and lofty room, the Olchon valley, Hay’s Bluff …that’s my light space. That’s where I can be a dandelion, safe in the knowledge I have created my own breeze, where I can make, I can woft, I can be free. 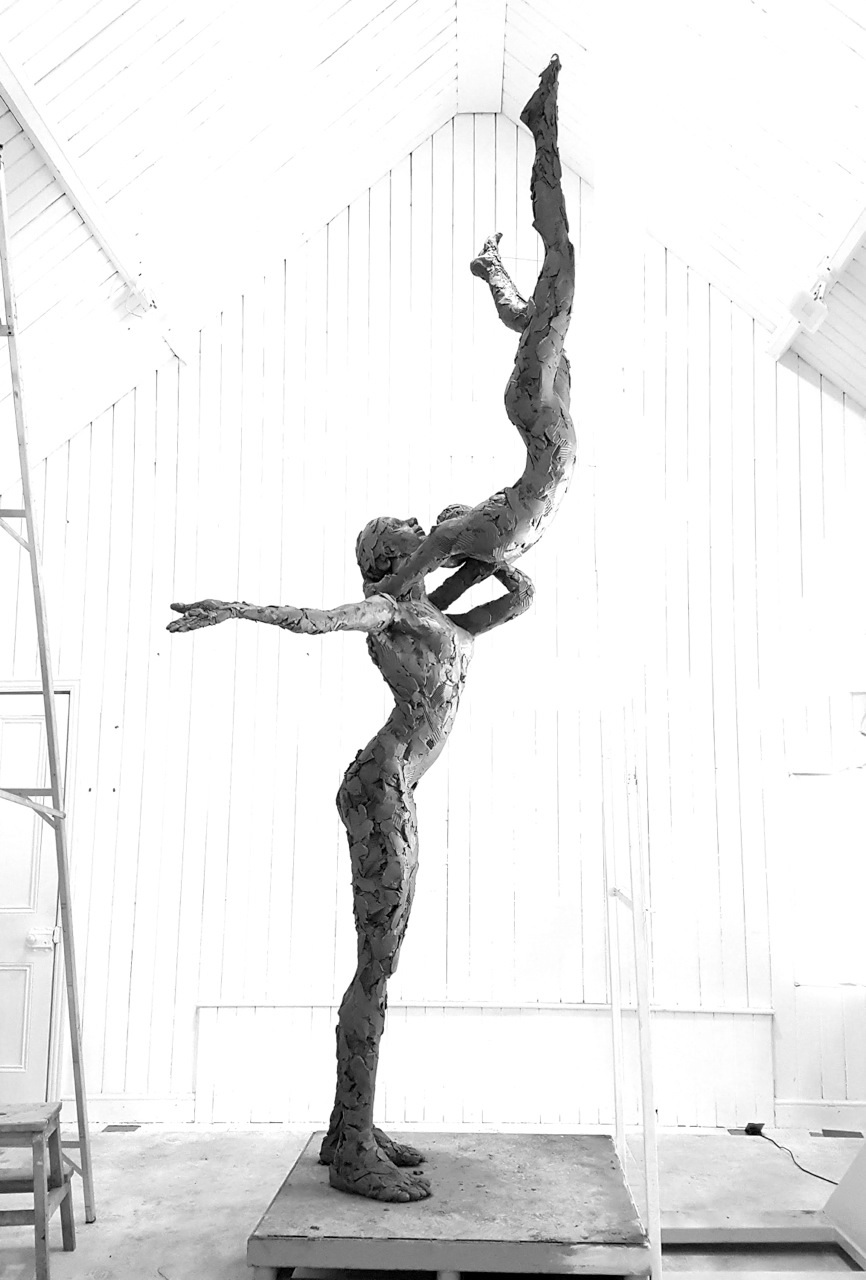 *from Lammas Day (Anglo Saxon for bread mass), August 1st, celebrating the first loaf after the crops had been harvested, to Lady Day, March 25th.