Over the other side of Parc del Guinardo out onto the 8,000-hectare Serra de Collserola Natural Park behind Barcelona 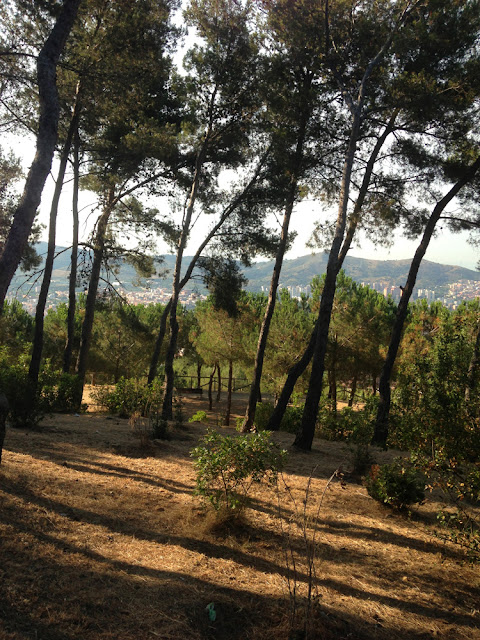 looking north east up the coast, to the right of the three tower things is park del forum which we went to on sunday after going for a swim on the nearest beach that way, the sea is much fresher up that end. Still we were nose to tail on the beach! All 10 mins of that Graham managed. he didn’t have his book so he is a bit like Molly, just sits and waits for until he can go again. Still it was amazing going round the forum all totally empty. Graham said it is the biggest open park in europe? Its pretty weird though. The solar panel…..is ….sorry……but its awesome! The ride there was lovely all along the diaganol its shaded a lot of the way 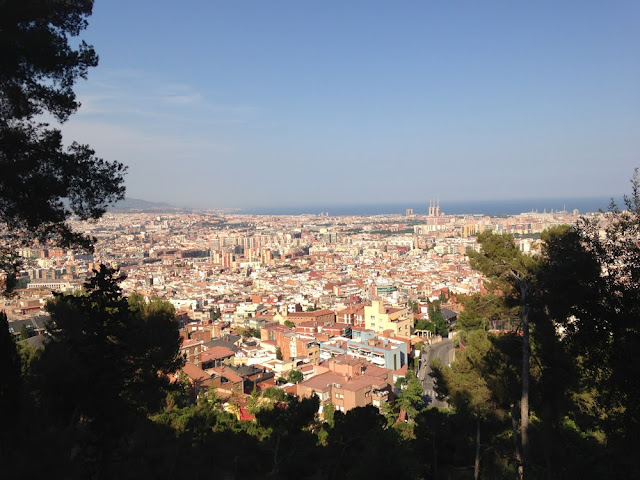 me looking mental, did that thing where the phone flips round and you end up looking at yourself, dont have many pics of me so why not, probably wait till I have lost a stone to try that one again though! 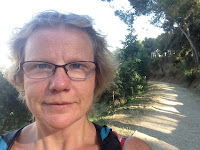 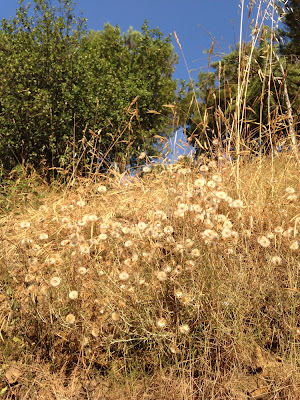 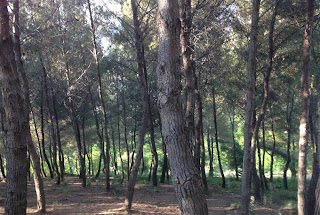 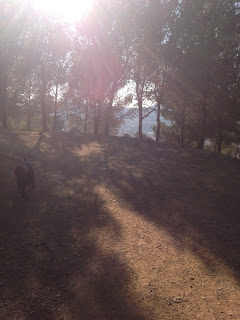 Three ladies on a bench, one man on the other. And two pigeons. And a view, you can see the valleys of the cities streets. 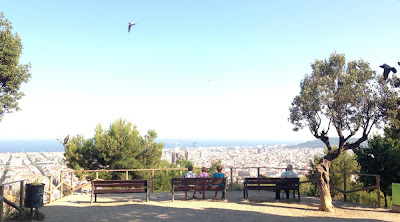 Sagrada on the left and Montjuic in the distance 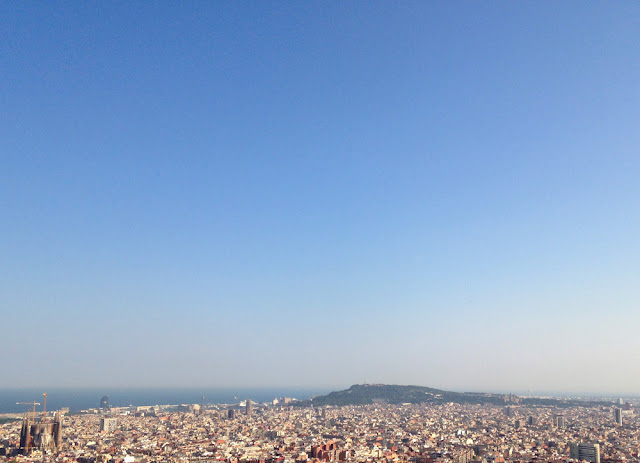 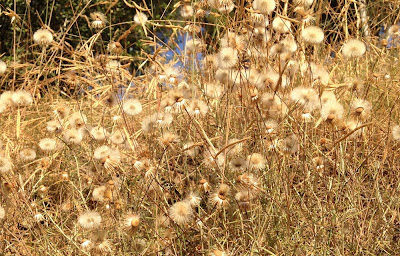 The willy building straight ahead and park cuitadela, green bit just below the tree on RHS near sea. The two tall towers head straight up to sagrada and the big brown bit at the front is the Hospital de la Santa Creu i Sant Pau where we live next to 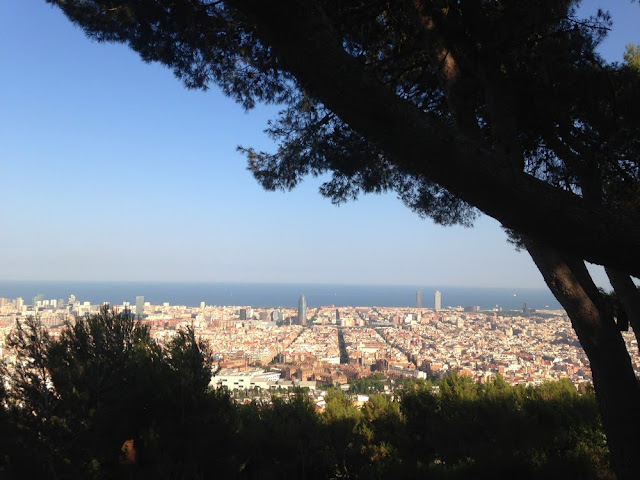